SAINTSENECA annunciano il nuovo album
PILLAR OF NA
In uscita il 31 agosto su ANTI- RECORDS Saintseneca has just announced a new album titled Pillar of Na, with its glistening lead single, "Frostbiter." NPR, who premiered the song on the All Songs Considered blog, is saying "For Saintseneca, fatalistic gloom blends seamlessly with a kind of playful sprightliness: Zac Little's songs often simmer in a sad swirl of death and esoterica, but his deadpan ruminations are buoyed by the sounds of exotic instruments, candy-colored pop hooks and many points in between."

Saintseneca's Zac Little says "I think of this song as a big tree trunk in the woods where people carve their messages - initials, jokes, 'I love you' hearts... It is a work of accumulation. A little space absorbing traces of its environment over time. Every mark corresponds to a different story. Some of them are mine. Some belong to others, yet feel all too familiar."

Pillar of Na is available for pre-order now and due out 8/31 via ANTI- Records.

Saintseneca's Zac Little has been thinking a lot about memory. Not necessarily his memories, though they creep in often, too. Rather, he mulls over the idea of memory itself: its resilience, its haziness, how it slips away as we try to hang on, the way it resurfaces despite our best efforts to forget.

Memory is the common thread running throughout the Columbus folk-punk band's fourth album, Pillar of Na, arriving in August 31st via ANTI- Records. Following 2015's critically lauded Such Things, the new album's name is rooted in remembrance, referencing the Genesis story of Lot's wife who looks back at a burning Sodom after God instructs her not to. She looks back, and God turns her into a pillar of salt. "Na," meanwhile, is the chemical symbol for sodium. "Nah" is a passive refusal and the universal song word. It means nothing and stands for nothing. It is "as it is."

Like Lot's wife, Little cannot help but revisit where-and how-he grew up. Raised in church in southeastern Appalachian Ohio, he took up preaching when he was still a teenager, sometimes in small country settings and other times to congregations of thousands. But these days he's more interested in listening. And questioning.

Musically, Pillar of Na is Saintseneca's most ambitious album to date, with Little aiming to incorporate genre elements he'd rarely heard in folk. "I wanted to use the idiom of folk-rock, or whatever you want to call it, and to try to do something that had never been done before," Little explains. "To reach way back, echoing ancient folk melodies, tie that into punk rock, and then push it into the future. I told Mike Mogis I wanted Violent Femmes meets the new Blade Runner soundtrack. I'm looking for the intersection between Kendrick Lamar and The Fairport Convention."
DoYouRealize

Jim O’Rourke returns with his first physical solo album since 2015’s 'Simple Songs', following a relatively steady supply of download-only releases via his Steamroom Bandcamp (over 20 of them since 2015) and collaborations with John Duncan, Keiji Haino, Oren Ambarchi, Peter Brötzmann, Merzbow, Fennesz and others in the interim.

Anyone familiar with his exceptional Steamroom output will have an inkling of what to expect here; this is Jim O’Rourke at his most meditative, absorbing and quietly subversive, making use of little more than synthesizer, pedal steel, piano and shortwave radio for one extended 45 minute piece (punctuated by a few moments of silence) designed to mess with contemporary notions of “Ambient” music.

The album took O’Rourke two years to construct after being approached by the fledgling Newhere label to submit an Ambient album. As he explained recently in an interview with ele-king: "I didn’t set out to make an ambient record but it’s sort of about making an ambient record more than it’s an ambient record (laughing) you know? Pretty much everything I do is about what it is as opposed to being it. Just making any record in terms of “make a record in this genre” is anathema to me, but I decided to do it because it was such a revolting idea! (Laughs) Not that I dislike ambient music – I don’t mean that. That’s just not the way I think when I make things, so it was such a bizarre proposal that I decided to do it.” 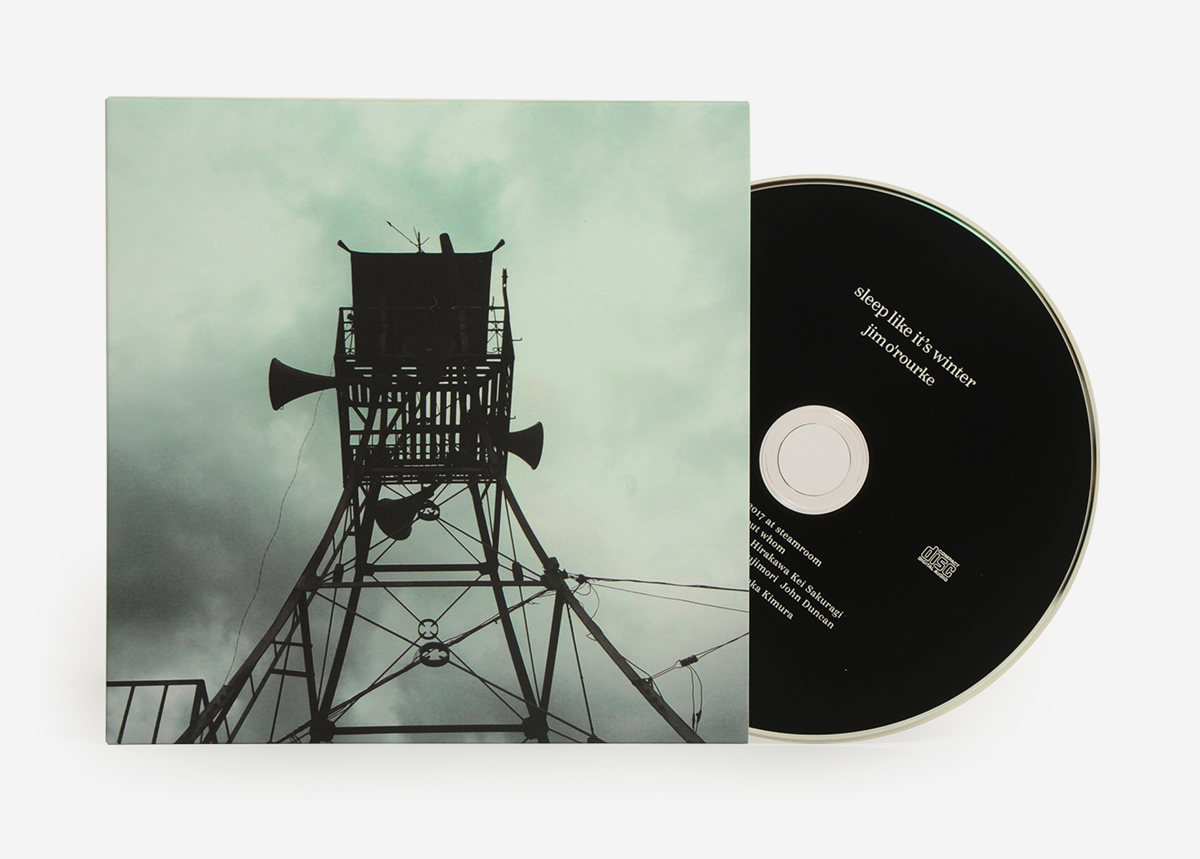 The result is a layered and complex piece that takes multiple listens to fully get to grips with, revealing layers of detail deployed within a structure that seems to evaporate into its surroundings. In that respect, Sleep Like It's Winter subverts its brief with an incredible sleight of hand; a piece of music designed to actively, deeply engage but which camouflages itself into the background. It operates within the grid, however faint and hard to define.

"For me, in making this record, the most important thing was, “Where is a line where you decide to give up on formal structures completely?” and, “Where is a line where formal structures can still be perceived but they’re not being shouted at you? For me, in that way of thinking of music, which I’ve been moving towards my entire life slowly but surely (laughs)…"
DoYouRealize

c'è il disco dei Death Cab for Cutie in giro
Ben Gibbard is our friend, or not?
DoYouRealize